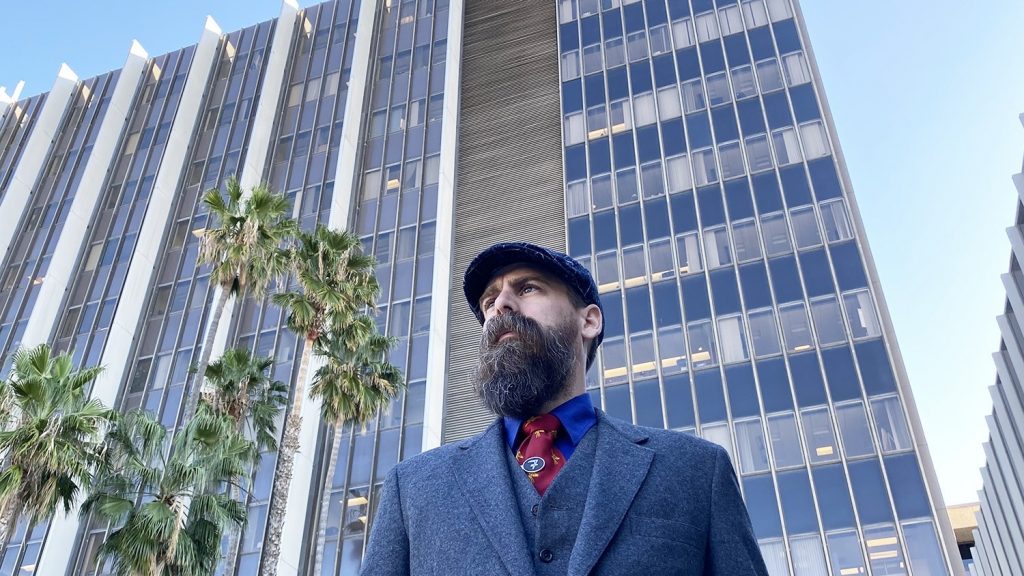 A quick catch up for those of you who might not know. The City of Fullerton is suing a blog for which I write, myself and my friend David Curlee. We’re being sued for allegedly clicking on links on the internet and for this blog then allegedly publishing things from those links.

Things such as police misconduct, employee theft, city malfeasance and police cover-ups and so on and so forth.

The city’s argument is, essentially, that we didn’t have permission to click links. 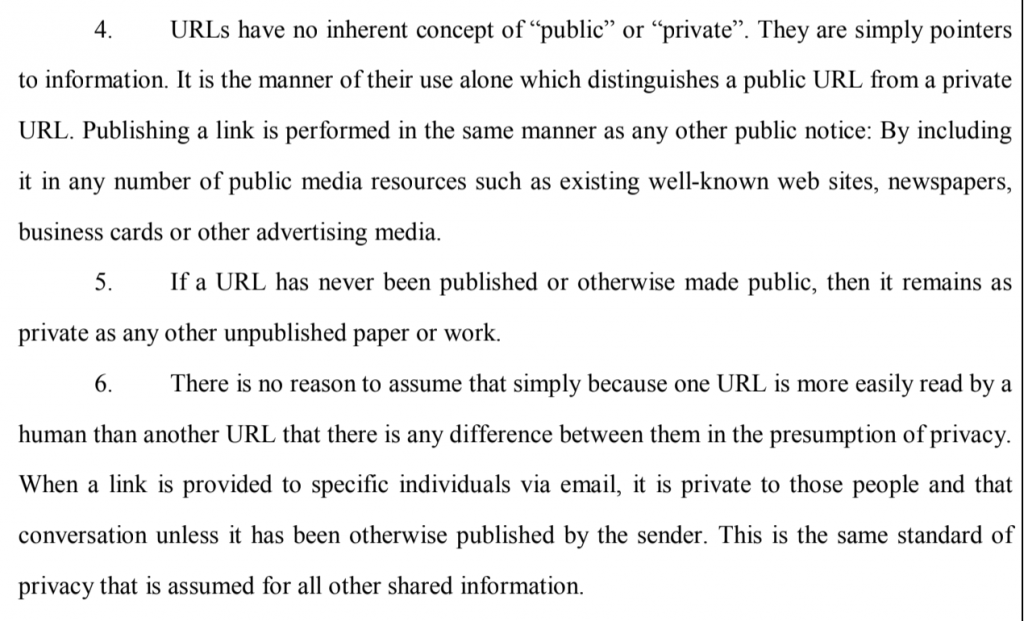 In discussing this issue lately I was reminded about a case from here in California from back when Arnold Schwarzenegger was Governor. What happened was somebody accidentally put an audio file online on the governor’s website that wasn’t supposed to be there and somebody from the Phil Angelides for Governor campaign found it and sent it to the press.

It was known at the time as “TapeGate“.

Immediately the California Highway Patrol (the CHP had authority) sprung into action to see if anybody had violated the CA Penal Code – the same section (502) that we’re accused of having violated.

A 38-page report was submitted and that was the end of the story.

Until now. To see if there were any parallels I put in a California Public Records Act request and got the 38-page report from 2007 and it’s findings are quite illuminating in context.

After a full investigation the CHP took their findings to the Attorney General and Deputy Attorney General Robert Morgestra decided that if anybody could access this information the way it could be accessed then it couldn’t be construed to be hacking.

To reiterate, because a common practice of backing off parts of a URL (or backward browsing) was used to access the data on the Governor’s website it wasn’t hacking and no crime was committed. The Governor’s office had lax security protocols which needed to be fixed. 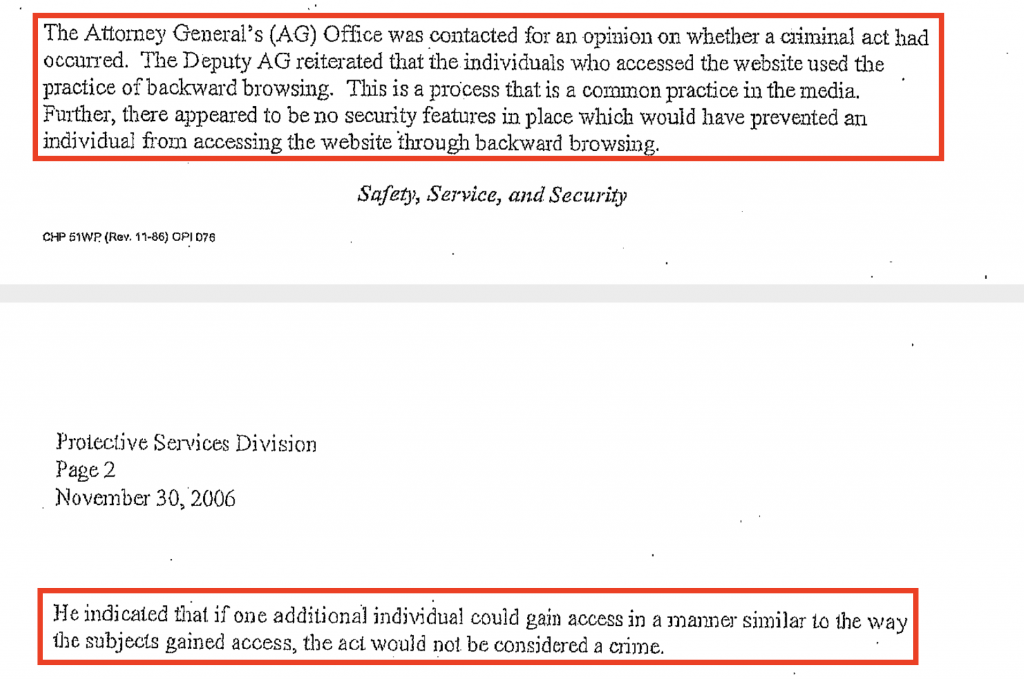 Here and now, the City of Fullerton hasn’t even made a claim as to HOW we allegedly got to the links in question despite admitting that they sent them to us AND released them pursuant to a Public Records Request. They simply claim we didn’t have express authorized permission to click links.

Schwarzenegger’s Deputy AG & the CHP seem to disagree, strongly, with that analysis.

Reading the report makes it clear, using the same logic, that no crime was committed and the city was, allegedly, just incompetent.

For amusement sake I do need to point out that it was a clear case of “whoopsie” on the part of the Governor’s Office which is why no government employees were held to have violated Ca Penal Code Section 502. Here in Fullerton? We know the data in question was put on Dropbox on purpose because the City Attorneys have admitted so in their court filings. It can also be inferred through the City’s court filings and the lack of any reference to passwords or access controls that the City of Fullerton disabled all security features on their Dropbox account. They weren’t just “lax” in their security, they seem to have been grossly incompetent.

I’ll get the popcorn ready as we wait for charges or a civil case to be filed against Jones & Mayer, Ken Domer, Gretchen Beatty and everybody else who authorized this allegedly gross violation of California’s anti-hacking statutes. I’m sure Jennifer Fitzgerald, Ahmad Zahra, Jesus Silva and Jan Flory will want to get to the bottom of this wanton law breaking with the same zeal that they voted, more than once now, to sue us over their alleged incompetence.